Paris, 15 January 2020 – The new Kia XCeed crossover has won a prestigious 2020 Trophée Argus in the ‘Compact and Family SUV’ category. Announced at a ceremony last night in Paris, France, the award completes a hat-trick of Argus awards for Kia, following prizes for the Kia Stinger in 2018 and the Kia Picanto in 2012.

The Trophée Argus is awarded to new models on the French market which offer the best combination of specifications and running costs. Entrants are judged based on price, running costs and residual values, with judges also taking into account specification levels (quality, comfort, fun-to-drive performance, equipment) and the car’s contribution within its segment.

The jury comprises of members of the Groupe Argus, renowned French motoring journalists, and market value and market survey experts. The Kia XCeed was awarded the top prize in the ‘Compact and Family SUV’ category, fending off competition from the Mazda CX-30, Toyota RAV4 Hybrid and Hyundai Santa Fe.

Marc Hedrich, Managing Director of Kia Motors France, commented: “We are gratified to have won the 2020 Trophée Argus. It is a just reward for an important and unique model for the Kia brand. The new Kia XCeed is a C-segment crossover with no current equivalent from any other mainstream manufacturer.”

“The Kia XCeed is a truly European model, just like the Ceed range on which it is based,” added Hedrich. “Designed, developed and built in Europe for European customers, it has seen immediate success. We are pleased that the advantages of the Kia XCeed – its design, quality, fun-to-drive performance and cost of ownership – help the model stand out in the face of the competition. I dedicate this Trophée to our design, sales and engineering teams throughout Europe, and praise them for the quality of the work accomplished.”

The Kia XCeed is produced at Kia’s Žilina manufacturing facility in Slovakia, on the same production line as the Ceed hatchback, Ceed Sportswagon and ProCeed shooting brake. Like its Ceed stablemates, the Kia XCeed is covered by the company’s unique 7-Year, 150,000-kilometre warranty as standard.

From Spring 2020 the Kia XCeed will be offered with a plug-in hybrid powertrain, combining an 8.9 kWh lithium-polymer battery pack and a 44.5 kW electric motor with an efficient 1.6-litre four-cylinder gasoline direct injection engine. The Kia XCeed Plug-in Hybrid will offer an all-electric range of around 60 kilometres. 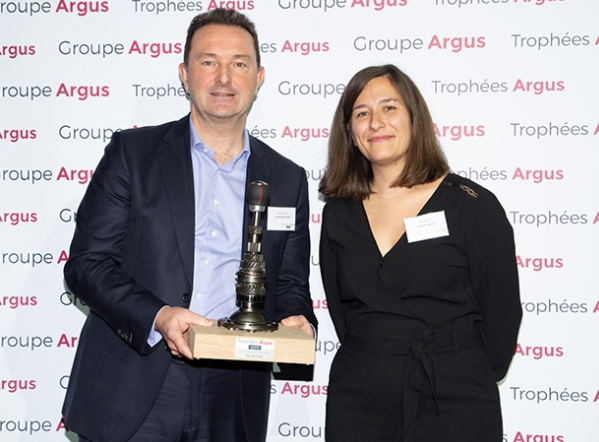