Suzuki GB PLC is pleased to announce that it has been awarded Best City Car Manufacturer at the 2019 Green Fleet Awards which were held at the British Motor Museum in Gaydon last night. Suzuki faced some strong competition from four other manufacturers in its shortlisted category and was then judged as the overall winner.

This year the Green Fleet Awards were divided into 19 categories and the judging panel evaluated vehicle manufacturers, leading individuals, Fleet operators and other companies serving the fleet industry and recognised them for their commitment to reducing emissions and making the environment better for everyone.

Suzuki pioneered the 12 Volt Hybrid which is known as Smart Hybrid Vehicle by Suzuki (SHVS). It adds less than 7kg to the overall kerb weight of the car and is well proven to offer lower fuel consumption with reduced CO2 emissions. It was first introduced in 2016.

The Hybrid system consists of an Integrated Start Generator (ISG) and lithium-ion battery to provide energy assistance on acceleration and electricity generation through regenerative braking to charge the lithium-ion and conventional 12 Volt battery. At speeds of less than 10mph, an Engine Auto Stop Start System is also incorporated to save fuel. 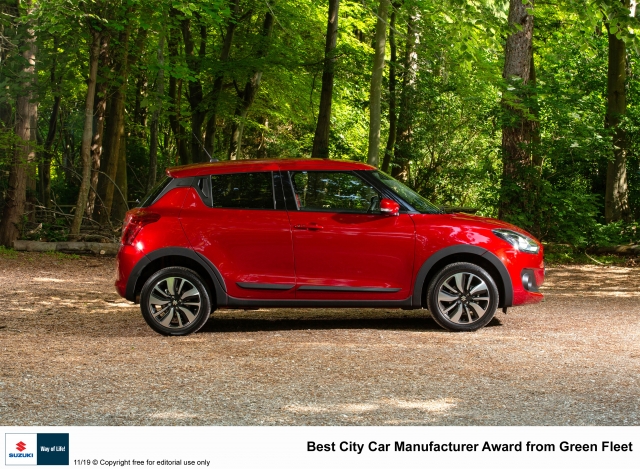