The car manufacturer has unveiled a new record first quarter total of 29,954, a figure that passed the brand’s total for the year 2007 when it delivered just over 29,000 cars to UK motorists. That first quarter total was up by 4.2 per cent compared to 2018 in a market down 2.4 per cent.

Kia’s UK performance in 2019 has out-performed the market in all three months so far and continues to be led by demand from customers for Sportage, Picanto and the all-new Ceed family, which are available at GRENSON MOTOR COMPANY. The demand from customers has helped Kia capture a 4.27 per cent market share so far in 2019 – up from 4.0 per cent for the first quarter last year.

Phil Jones, Sales Manager at GRENSON MOTOR COMPANY says: “We are proud to report our ground-breaking sales results for the year so far. The Sportage in particular is incredibly popular in CHESHIRE which has been getting a great deal of well-deserved recognition, especially with last year being its 25th anniversary year.

“We welcome people in the local area to pop in to GRENSON MOTOR COMPANY to see the latest Kia models, including the Sportage, Picanto and Ceed family, and book a test drive with our team.”

GRENSON MOTOR COMPANY stocks a wide range of new and used vehicles including the Kia Ceed, with prices starting from £18,295. 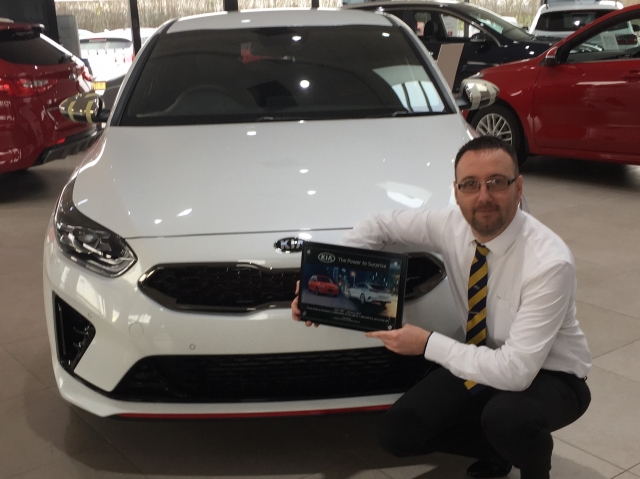