ALL-NEW KIA e-NIRO WINS CAR OF THE YEAR AT 2019 WHAT CAR? AWARDS

The all-new zero emissions Kia e-Niro has become the first ever Korean car to win the prestigious What Car? Car of the Year award. This historic win also marks the first time an all-electric car has picked up the top prize of the night. The e-Niro with class leading 282-mile range also picked up ‘Electric Car of the Year’ at the awards. The e-Niro will be available from GRENSON KIA in CREWE from 1 April 2019 and priced at £32,995 after deduction of plug-in grant.

The Kia e-Niro has been designed to merge crossover-inspired design with long range, zero-emissions driving and enjoyable performance. It achieves this with a next-generation electric powertrain, using new production technologies developed specifically for Kia electric vehicles. A single high-specification, feature-rich ‘First Edition’ model will be on sale in the UK from 1 April 2019, pre-orders are currently being taken from GRENSON KIA.

Retaining its ‘City Car of the Year’ award, the Kia Picanto, also available at GRENSON KIA in CREWE was commended for its high level of standard equipment and value for money. The Picanto ‘3’ has Forward Collision-Avoidance Assist (FCA), 7" Touchscreen Satellite Navigation with DAB and rear parking sensors all available as standard.

Both the all-new Ceed and Stinger also won in their price categories. The Ceed 1.0 T-GDi ‘2’ was awarded ‘Best family car for less than £20,000’ with the smooth 1.0 T-GDI engine and smart interior being commended.

Phil jones, Sales Manager at Grenson KIA in Crewe comments on the wins; “We’re thrilled that the e-Niro has won yet another award without even being on sale in the UK yet. We’re excited to reveal the car to customers of Cheshire from April. The fact that the Picanto has also retained its 2018 award recognition and the Ceed and the Stinger were also recognised within their price categories is testament to the work, and time, Kia invests in its cars. Here at GRENSON KIA we’re looking forward to yet another successful year with Kia.”

The What Car? judging panel said “Uncompromised electric car ownership has, so far, been the privilege of those able to afford a Tesla, which is why the e-Niro is such a game-changer.”

Commenting on an extraordinary evening for Kia, Paul Philpott, President and CEO of Kia Motors (UK) Ltd, said “It’s a great honour to win the top prize at this year’s What Car? Awards, which are so highly regarded in the industry and by customers. This is an important moment for Kia in the UK as this is an accumulation of years of growth and development with the e-Niro perfectly encompassing the future of our brand.

To come away with five awards shows the breadth of our product line up and is a testament to how far the brand has grown since launching in the UK. Cars such as the Picanto and Ceed remain a staple for Kia, while the e-Niro and Stinger show our ability to surprise the industry with our advancements in technology and engineering. We are looking forward to continuing this success throughout 2019 and beyond.” 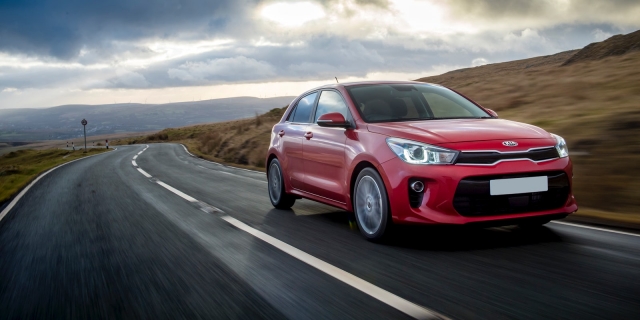