Long established magazine Fleet World recently entered a Swift in their annual MPG Marathon to monitor how the car would fare over a pre-determined route versus its officially quoted fuel consumption figure. The editorial team chose a 1.2-litre petrol SZ5 ALLGRIP 4x4 model with SHVS (Smart Hybrid Vehicle by Suzuki) which has an official combined figure of 62.8mpg. This is the heaviest Swift model in the range although it still weighs in at just 980kg. The driving team managed to make a 29 per cent improvement on the combined figure at 81.05mpg achieving 18.25 more miles on a single gallon.

Driver Richard Morcom comments “I was impressed by our Suzuki, 81mpg is not bad for a four -wheel drive car and that’s in the hands of an ordinary driver with a time limited route which shows that manufacturers figures can be improved upon. We didn’t do anything clever to achieve that figure either, our performance was down to following the satellite navigation and being very gentle when accelerating and braking”

Parkers.co.uk decided on a much longer economy drive with their long-term loan Ignis SZ-T by taking it on the arduous Land’s End to John O’ Groats route. Driver Stephen Lawman achieved an average of 80.42mpg over a total of 885.3 miles including some minor traffic re-routings on the way.

The Ignis consumed just 50.63 litres or 11.12 gallons of fuel; the 80.42mpg achieved was versus an official combined figure of 61.3mpg representing an additional 19.1 miles driven per gallon.

The total fuel cost for the journey was £60.88 and Stephen completed the marathon trip in 21 hours and 12 minutes. Over the eight-month loan period with Parkers, the Ignis clocked up almost 11,000 miles and recorded an average of 61.4mpg representing 100.1 per cent of the officially quoted figure. 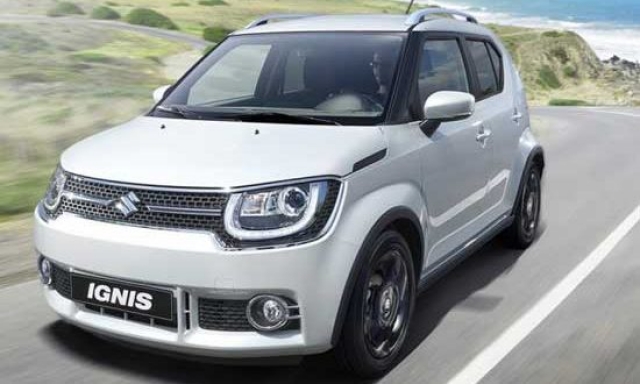